New York City is a fun place to race, but logistically it can be a nightmare. I still don’t know how the race directors manage to pull it off! My mom joined me on this trip and it was really nice to have her there for support. We woke up to pouring rain but it managed to stop just before I had to ride the 2 miles or so from the middle of Times Square to transition by the Hudson River at 4:30am! The rain stayed at bay for the whole race but it made for very humid conditions and wet roads. The swim here is a point to point ‘with’ the current so my 13 minute 1.5k swim was not really a world record ;), but I did manage to come out of the swim first and after the long (almost ½ mile) run to T1 I was on the bike in a close second. I felt strong along the rolling hills of the West Side Hwy and I was able to take the lead about halfway through the ride entering T2 about :20 ahead of the next woman. I took the run out pretty fast and just tried to maintain my speed through the hilly Central Park loop. Unfortunately I was passed at mile 1, but I held on for 2nd place and was really pleased with it! I am now tied for first in the Life Time Fitness Series… next stop in the Series is Chicago on August 30th.

Before that I have a couple of other races planned… Folsom Pro Challenge on August 9th and Lake Stevens 70.3 on August 16th
Posted by SLS3 at 4:13 PM No comments:

How to put on compression socks.

Did you ever wonder how the pros put on their SLS3 compression socks?
Have a look at Romain Guillaume, the young French SLS3 athlete at the IM Switzerland when he enters T2 in second place: 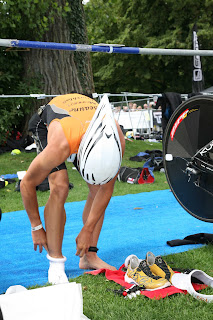 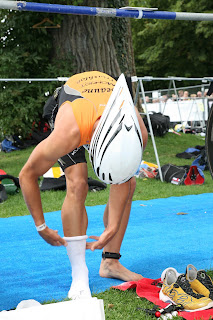 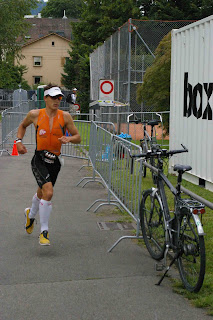 Coming to Lake Placid without my wife and son this year, I made it a short trip and arrived on Thursday night just in time to make press conference, media meetings, pro briefing and registration on Friday. Saturday I squeezed in some rest and check-in my equipment. Two weeks after 8:15 in Roth and my second place here last year, I felt pretty confident and decided to play wabank. Unlike my usual “do your own pace and race” I wanted to try fighting for the lead from the very beginning.
It worked great for the first part of the swim and I a managed to hang on in the lead group for the first third of the swim. It was too fast from there though and I had to drop to the next group to finish the swim some 4 minutes back on the lead.
With some 25km I got an information, that some 90 seconds ahead of me, there is a strong group of riders and I gave it all to catch to them. 30km of chasing that group well above my “comfort zone” brought me there and I settled behind the them to regroup. Not knowing, that Shortis and Ruble went off the front and others were not following them. Then I realised few minutes later, I had to jump into it again and once again appeared on my own between the groups. I managed to keep them in sight to the end of the first group, but that was it. Too exhausted, I just struggled to the end of the bike and was passed by another 3 riders without any power to join them. Onto the run, I managed to move from 9th to 6th in the first 10k, but that was it again. Too much intensity during swim and bike prevented me from running wild all the way and I only managed to guard my 6th place wearing my new Triathlon shorts. From next race on, I will probably have to come back to my usual scenario: do your own race and move towards the front in latter stages of the race.
Posted by SLS3 at 11:09 AM No comments: 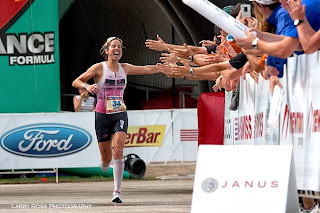 SLS3 athlete Tereza Macel made an early statement by easily beating all of the men and the women, including collegiate All-American swimmer Hillary Biscay, out of the water at 50:48. Tereza quickly rode away from her quickest chasers. Canadian Tara Norton looked to be the most capable of catching Tereza, but the gap was too large and she came into T2 in second position nearly 22 minutes behind Tereza. She enjoyed a comfortable lead throughout the entire marathon, posting an overall time of 9:29:36 for the victory and giving the SLS3 compression socks some exposure. SLS3 athlete Petr Vabrousek finished a strong 6th place just 2 weeks after the long distance race in Roth/Germany.
Posted by SLS3 at 9:09 AM No comments: 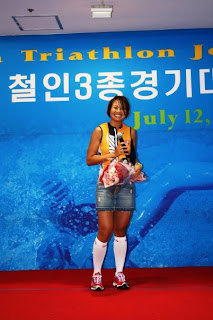 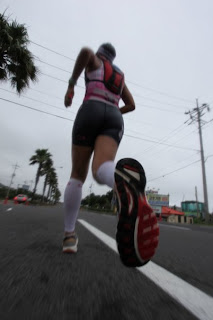 SLS3 athlete Jocelyn Wong - aka Wongstar just won her first race ever. It was an Ironman distance race in Korea last weekend. "I have never won a triathlon outright in my entire life. The best I’ve done is 4th overall a few times in small, shorter races. I even did a new Olympic distance race a few years ago, with only 12 age group women in it, and I thought “aha this is the day.” Nope, got 4th in that one too!"
Loved my compression socks!
Posted by SLS3 at 11:33 AM No comments: 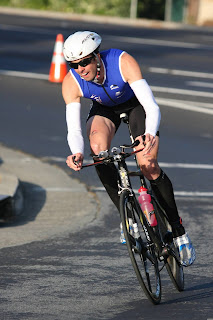 We have spend the weekend at the Vineman 70.3 race in Santa Rosa, CA. Almost 1500 athletes raced this weekend and the majority of athletes using compression garments / compression socks trusted in SLS3 - it is nice to see that more and more athletes believe in compression and all their benefits.
Congratulations to SLS3 athlete Brian Lavelle who finished a strong 5th place.
Posted by SLS3 at 2:42 PM No comments:

Bella Bayliss On Record Trail This Weekend At Ironman Austria 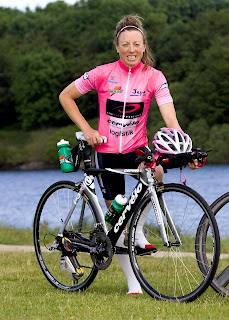 Bella Bayliss heads to IM Austria this weekend to race the course that proved record breaking last year.At 7am on Sunday July 5th, she will line up on the start as favorites for the race that covers a 2.4m lake based swim, 112m bike in the Alps and 26.2m run a, on a course where last year they both set British Ironman distance records.Bella will face tough competition from her team TBB team mate, Lucie Zelenkova.

Looking ahead to the race Bella comments; "Last year I came 2nd at Ironman Austria in a magnificently fast time of 8 hours 51 minutes, it was a special result for me. This year I am racing Ironman Austria again and I am looking forward to a great race since I am fit and strong after my recent win at Ironman Lanzarote and continued great training." Bella will be racing in her signature SLS3 compression socks.
For full coverage and race results visit www.ironmanlive.com or more information on the race visit www.ironmanaustria.com.